The film begins airing on November 18

HIDIVE announced on Thursday that it will begin streaming the live-action film from Norimitsu Kaiho and Sadoru Chibait is School Live! (Gakko Gurashi!) manga on November 18 at 12:00 PM EST in the US, Canada, UK, Ireland, Australia, New Zealand, Latin America, Nordics, Netherlands, Spain and in Portugal.

In this live-action adaptation of the hit anime series SCHOOL-LIVE!, members of the School Living Club must use all the resources they can find at school to survive the ravages of a zombie outbreak, but not all members of the club are aware of the undead danger that lies ahead. hiding just around the corner… 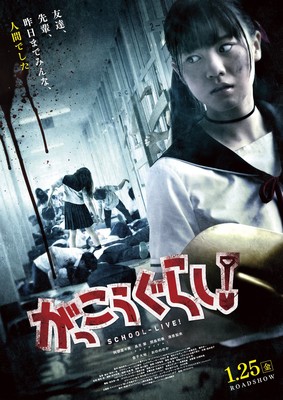 Issey Shibata (Real Onigokko) directed and wrote the script for the film.

The miniseries is an original story featuring Hinako Sakurai, Rena Takeda, Ei Morisako, Mio Yuki, and Nonoka Ono. The story centers on various students at the private Megurigaoka High School, including a pair of third-graders who planned to enter a competition with their documentary film, two second-graders who are childhood friends but have a strained relationship, and a third-year student who worries about having different views from her friends. Ono reprises her role from the film as Professor Megumi (“Megu-nee”).